Shana may not have any modeling experience, but you wouldn’t know it by the way she’s natural in front of the camera. She’s another student at the Arts Council, and I was lucky enough to have a portraiture session with her.

I shot three rolls of medium format Ilford Delta 100, and I finished off my box of 4×5 sheets of the same film. In addition to the Delta, I experimented with two 4×5 sheets of long-expired Kodak Tri-X 400. The Arts Council has boxes of expired film, which had been donated to the organization by photographers over the years who abandoned film.

There was no telling how the expired film would respond to exposure. The result wasn’t bad, but if I use the film again, I’ll have to make some additional exposure adjustments. The film has become somewhat foggy and less responsive to light. When I scanned the negatives, I was able to compensate for the film’s problems digitally, and if I decide to print either of those two Tri-X sheets, I should be able to deal with the problems in the darkroom.

I printed one of the medium format negatives last week, and it’s apparent that the camera really loves Shana. Unfortunately, my skills leave much to be desired. I managed to miss the focus point I was aiming for in almost all of the thirty shots I took using the Mamiya RZ. I’m not sure what went wrong, as I thought I was continuously checking the focus through the magnifier. Nevertheless, everything looks more-or-less fine on a small screen, but it’s not what I wanted. I made the most of it with this series, including some really nice close-ups.

For the digital scans, I added a little warmth to the image, more like how the photographs will look when I print them.

Use the form below to add a photograph to your shopping cart. Be sure to note which photograph you want. Once a photograph is added to your cart, you will return here, and you can add another at that time. 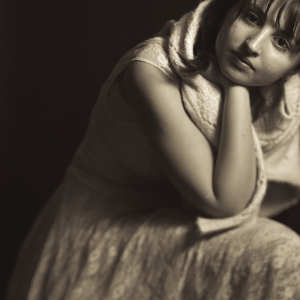 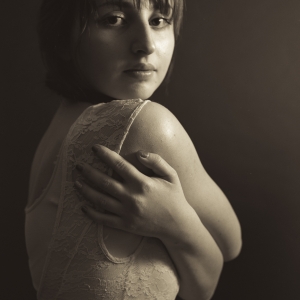 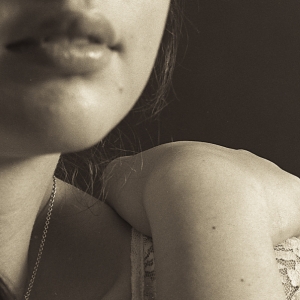 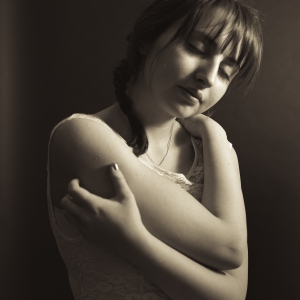 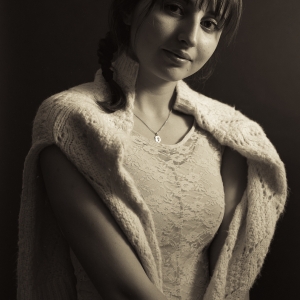 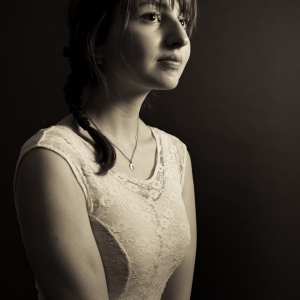 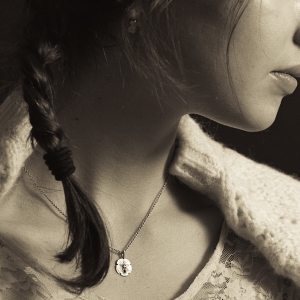 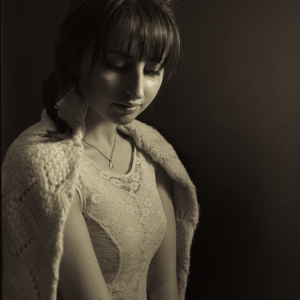