Last month, I mentioned that at the beginning of one my recent portraiture sessions with model Shana, I started the day with film in my Mamiya C330 medium format twin lens reflex camera. It had been a while since using the camera, and I assumed the loaded roll was Ektar 100. And thus, I shot the session metering for 100 speed film.

When I finished the roll and removed from the film, I realized that not only was the film black and white instead of color, it was T-MAX 400. If I were to develop the film as is, it would be overexposed, as 400-speed film is more sensitive to light than 100. The idea that digital cameras can adjust their sensitivity on the fly, on a shot-by-shot basis, is a nice luxury missing from film photography.

In the darkroom, I used the “pull processing” technique, leaving the film in the develop for less time than normal. This would give me a better shot at getting well-exposed shots, making up for the mistake I made while shooting. It paid off, and it looked like the pull processing worked. The negatives came out perfectly, much better than I expected. I left the developed film in the darkroom to dry.

Because I was traveling and otherwise busy over the holidays, I didn’t get a chance to pick up my negatives until this week. I scanned the negatives (using an Epson Perfection V700 Photo scanner), and processed them using Lightroom and Color Efex Pro. The processing in Lightroom is mostly for getting rid of dust and scratches on the negatives; regardless of how careful I am, a lot of clean up is always necessary. I generally crop the photo slightly, although I try to get the frame as I want while shooting. That’s difficult to do with a twin lens reflex camera, so I tend to leave some space around the subject.

In Color Efex Pro, I add a little bit of a tint to give a black and white photo some warmth, and I may accentuate the lighting a little. Here are most of the results from the roll of T-MAX 400. I’ll add these to the earlier blog post as well.

Looking the photographs over, I should have probably made sure I was using a section of the seamless that wasn’t as dirty. 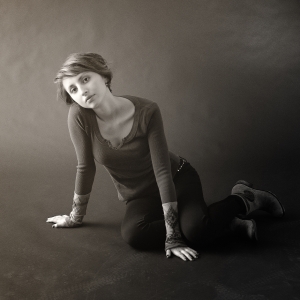 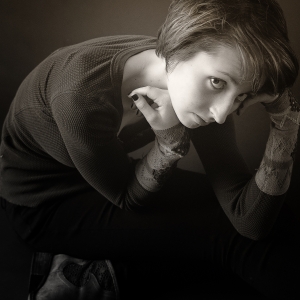 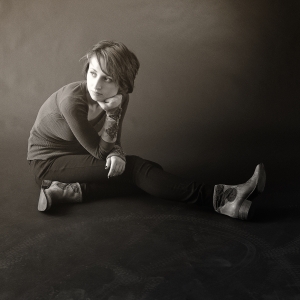 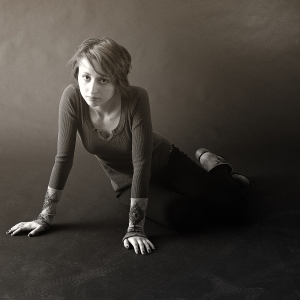 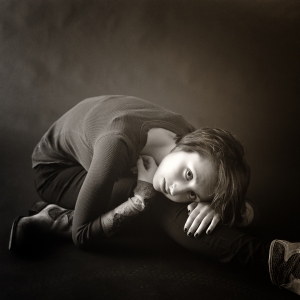 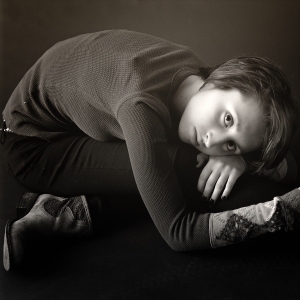 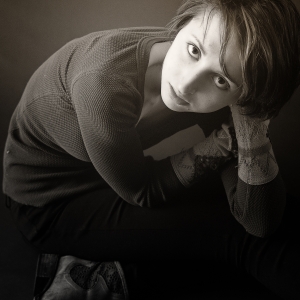