One photographer’s junk is another photographer’s treasure. That is perhaps why the Arts Council is the beneficiary of donations of old film stock and paper for printing.

When one receives a box of Kodak Tri-X 4×5 sheet film that expired in 1994, one would like to see if it’s worth using. And in the testing that follows, that could be the only use the film might see. With no fresh, new film on hand for the latest class focusing on large format photography, we turned to the box of Tri-X. Chiara, a photographer in my class and past subject stood in as a model for my turn at the view camera, and I (less successfully) stood in for her model.

The film did not hold up very well in the twenty years it was resting who-knows-where. That isn’t to say it was horrible, but it lost about two stops of sensitivity (we were aware of this for this particular session). It didn’t leave much to work with in the darkroom, but I did get a nice print out of the third photograph in this particular set. It didn’t help that either one of the strobes was malfunctioning or we forgot to switch it on.

Using a large format view camera changes the way I approach photography. And I noticed this not only in our session, but also when I visited the PhotoPlus Expo in New York City on Saturday. During the various seminars, lectures, and demonstrations I attended, other photographers were there with their equipment. Maybe it’s the mentality of a sports photographer, but for so many people at the event, the approach to photography seems to be point and shoot as many frames per second as the technology allows. I suppose the plan then is to look at 400 shots separated by mere seconds, looking for the one that communicates something to the viewer.

This is not something you can do with a large format camera. You have to wait for the right moment because each shot requires so much preparation with the equipment. Sometimes it requires coaxing an interesting moment from the subject. I can’t say I always get this right, but the process of setting up a shot with scarce media has helped me look at photography differently. 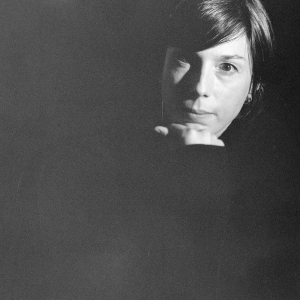 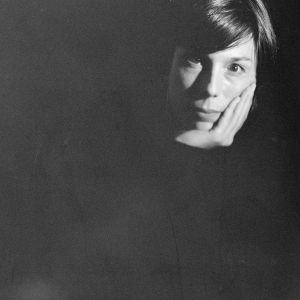 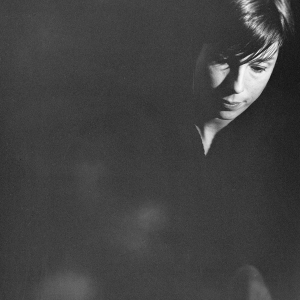